Pastor Arlyn Rusche grew up on a family farm in East Central SD and attended De Smet High School in De Smet, SD. After graduating High School in 2000, he attended the North Dakota State College of Science in Wahpeton, ND from 2000 – 2003, receiving his Associate of Science Degree in Agriculture. His undergraduate studies continued at South Dakota State University in Brookings, SD from 2003 – 2006 where he received a Bachelor of Liberal Studies Degree emphasizing Religion & Philosophy. During his time both at NDSCS and SDSU, he was active with various Campus Ministry groups. He also met his wife Sarah while at SDSU. Following graduation from SDSU, he took 3 1/2 years and worked as a Customer Service Representative in the Commercial/reseller division at Daktronics, a company that manufactures and sells electronic message displays, gas displays, and scoreboards. He got married in April 2010 to Sarah just before beginning his ministry studies at Wartburg Theological Seminary in Dubuque, IA. After 3 years of on-campus study and a year of internship in Russell, KS, he graduated in May of 2014 with a Masters of Divinity Degree and a Concentration in Youth, Culture, & Mission. He was ordained on June 21st, 2014 and called to serve as a solo pastor of the Lyman County Lutheran Parish, a 3-point rural parish in central South Dakota. He has recently completed 5 years at this particular call. He has been married to Sarah for 9 years and they have 3 cats along with 2 kids they are legal guardians of from the Rosebud Sioux Tribe in South Dakota Mr. Robert Eyer, Jr. has served as Trinity’s Director of Music and organist since 1977, over 30 years. He is widely known in Pennsylvania and Maryland as an organist of exemplary quality, gifted in music selection and performance. He is further known as a talented church liturgical organist: music is crisp, well executed and thoroughly prepared each week. He employs Trinity’s 39 rank Moller pipe organ to its fullest potential. His pedal work is a sight to behold (or if one cannot see, …to listen to)!  He holds a B.S. in Education and a M.A. in Organ Performance from Indiana University of Pennsylvania.

Renowned in the Chambersburg and wider Franklin County area as “the” concert organist on Chambersburg’s Capital Theatre Pipe Organ! Mr. Eyer is the keyboard artist on a compact disc recording on the Capitol Theatre Organ, “Puttin’ on the Pipes.” Christie joined our staff as Office Manager November 2018.
She has been a member at Trinity since 2011. 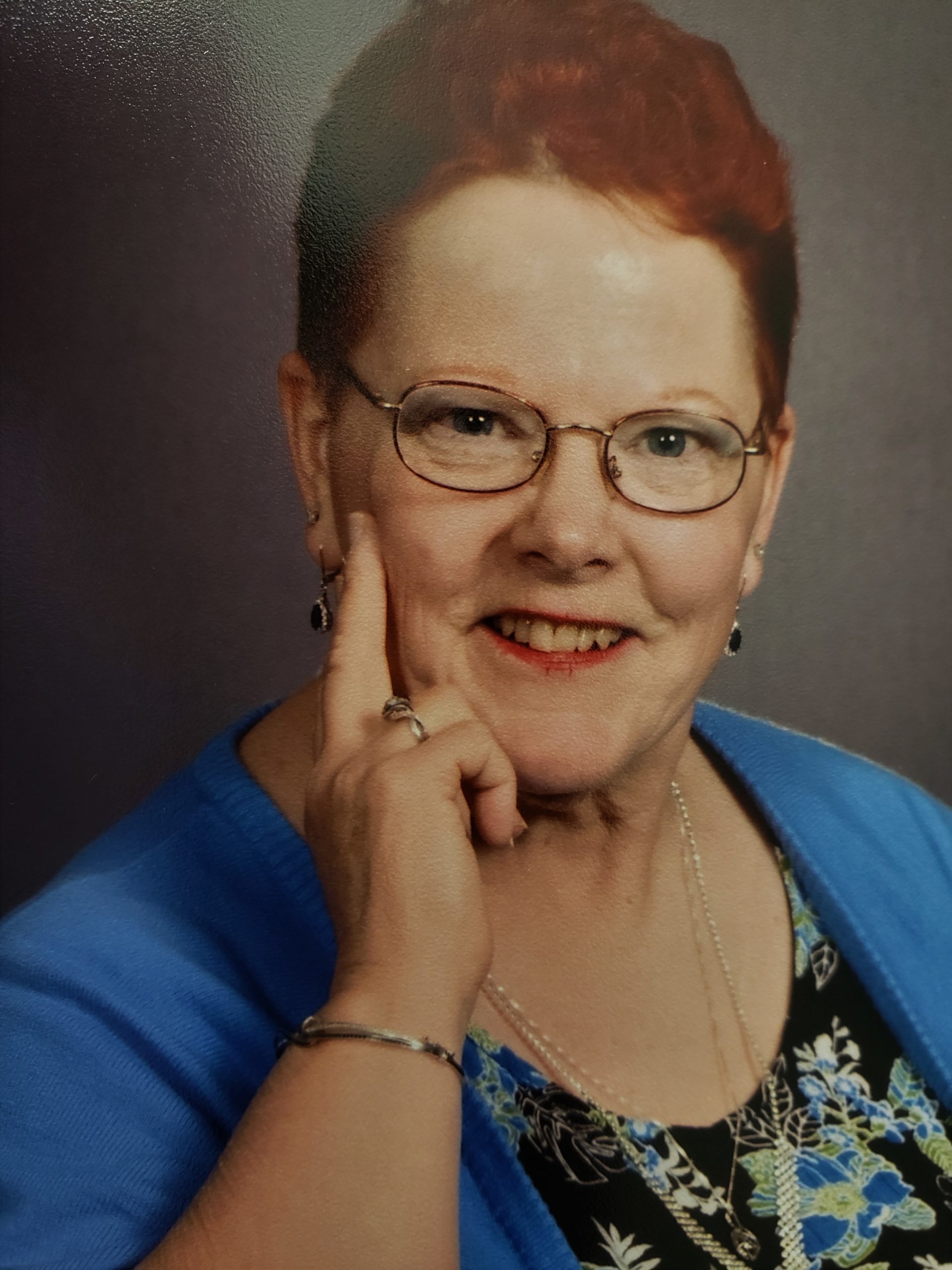 Anne Crawford lives in Shippensburg, PA with her husband Carl.  She & her husband moved to Pennsylvania in 2016 after she retired from her 41+ year career with the U.S. Food and Drug Administration.  Anne is a member of Messiah United Methodist Church in Shippensburg and currently serves as Chair of Messiah’s Church Council and sings in her church choir.  Since the fall of 2017, Anne has been the leader of a weekday morning Bible Study at Trinity.  She also writes online devotions for Frontline Devotions, an outreach project of Good Shepherd Lutheran Church in Gaithersburg, MD.  In her spare time, Anne enjoys reading, travel, and is a crafter who likes to make handmade cards.

Anne joined our staff at Trinity in November of 2020. Denny has served as treasurer for over 10 years at Trinity.  In his spare time he enjoys participating in Lions Club and going hunting. Elaine joined our staff as Sexton May 1, 2018. She has attended services since 1993 and became a member of Trinity in 1997. Elaine has been a Lutheran her whole life holding membership at Grindstone Hill for twenty years.
She graduated Wilson College in 2006 with a degree in Professional Writing and writes in her spare time. When not working at Trinity you can find Elaine driving M-2 school bus for Meyers Bus Lines Inc. Elaine is married to Church Council member Lois Hess-Strite. They can be seen walking their four furboys in and around Chambersburg. Elaine finds joy and pleasure working and keeping Trinity cleaned, organized and sanitized.